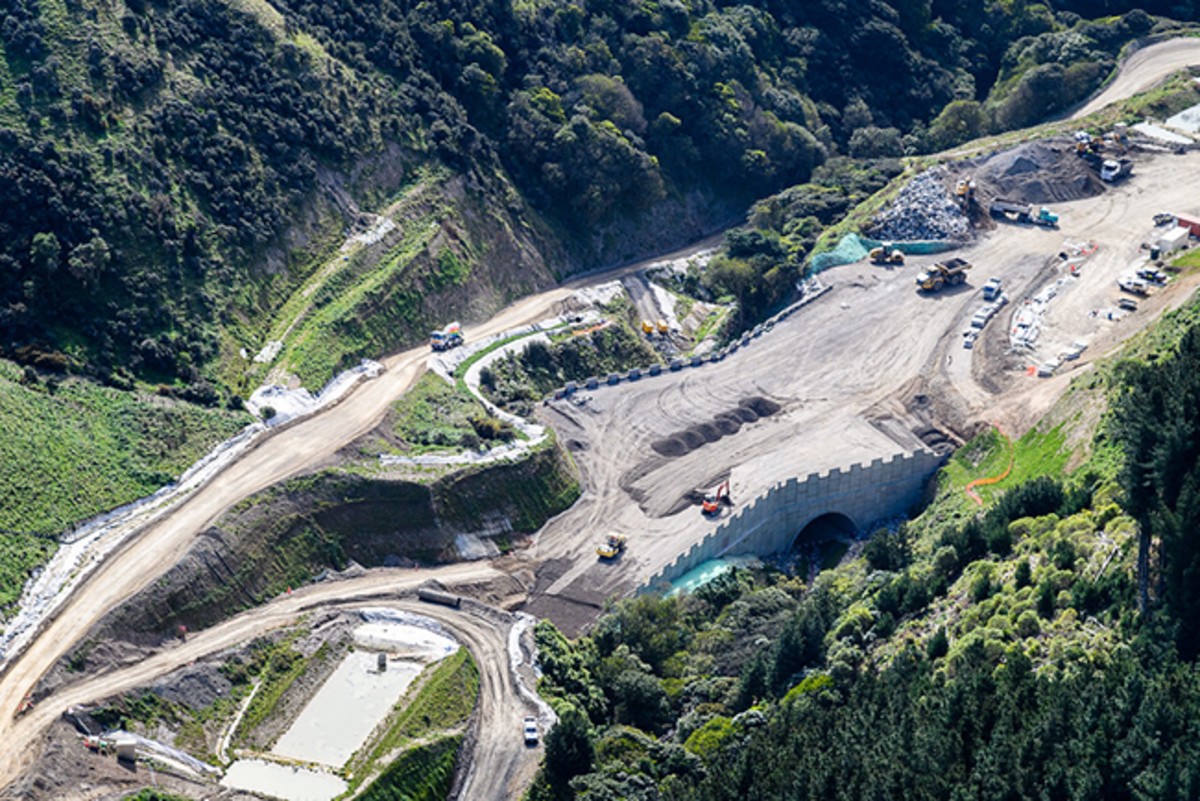 When completed, in May 2020, the Transmission Gully Motorway Project (TGP) will provide a new, 27-km-long, four-lane highway north of Wellington, New Zealand. This modern and safe main highway will bypass the coastal communities and space-limited choke points which resulted in ever increasing traffic congestion on the existing SH1 highway.

The project is highly complex, with the alignment in places crossing steep, difficult, terrain and in other places crossing flood plains with deep, soft foundation soils. For much of its length the alignment is close to the active Ohariu fault. Twenty-five new bridges and large culverts are required over the length of the alignment. Many of the bridges are single span structures, with spans ranging from 22 m to 38 m.

The Wellington Gateway Partnership (WGP) and the New Zealand Government formed a Public Private Partnership (PPP) to deliver the Project. The WGP subcontracted the Design and Construction of the Project to a Joint Venture between CPB Contractors Pty Ltd and HEB Construction Ltd (a VINCI subsidiary), known as CPB HEB JV.