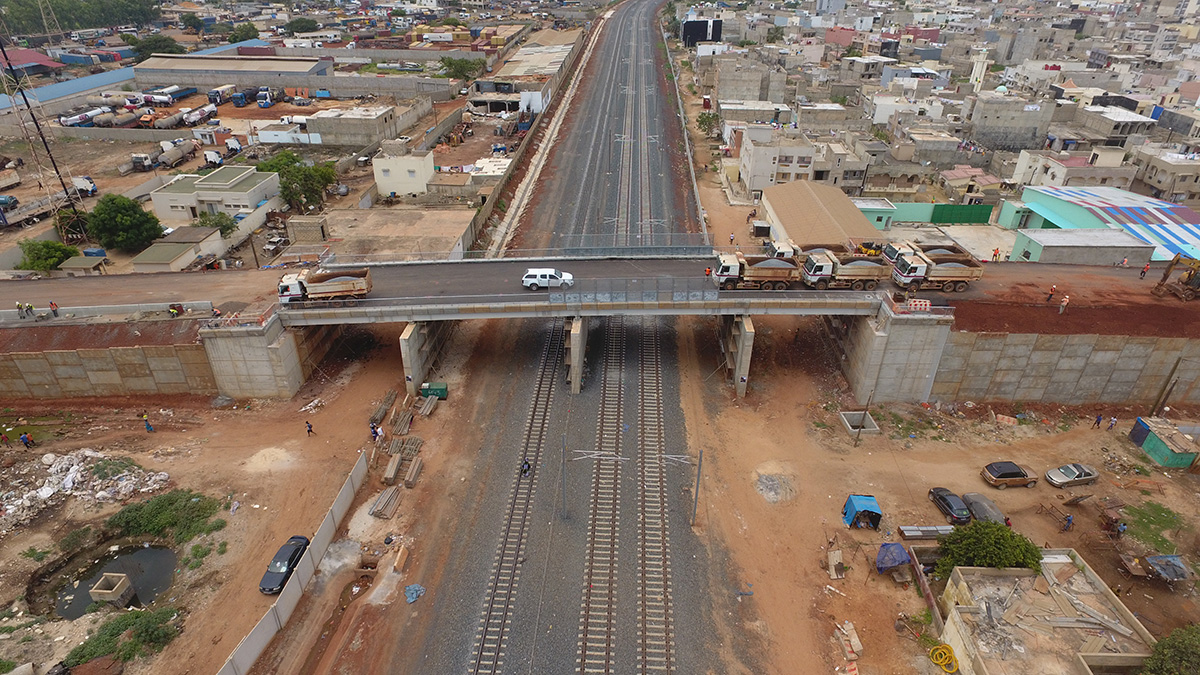 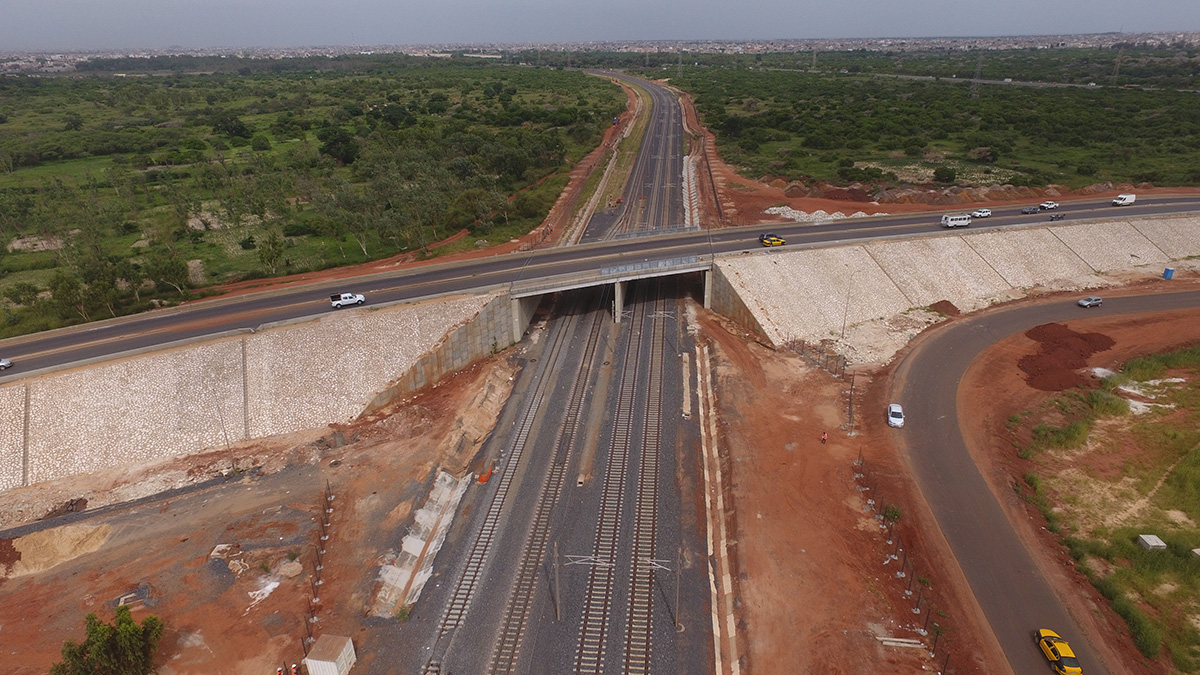 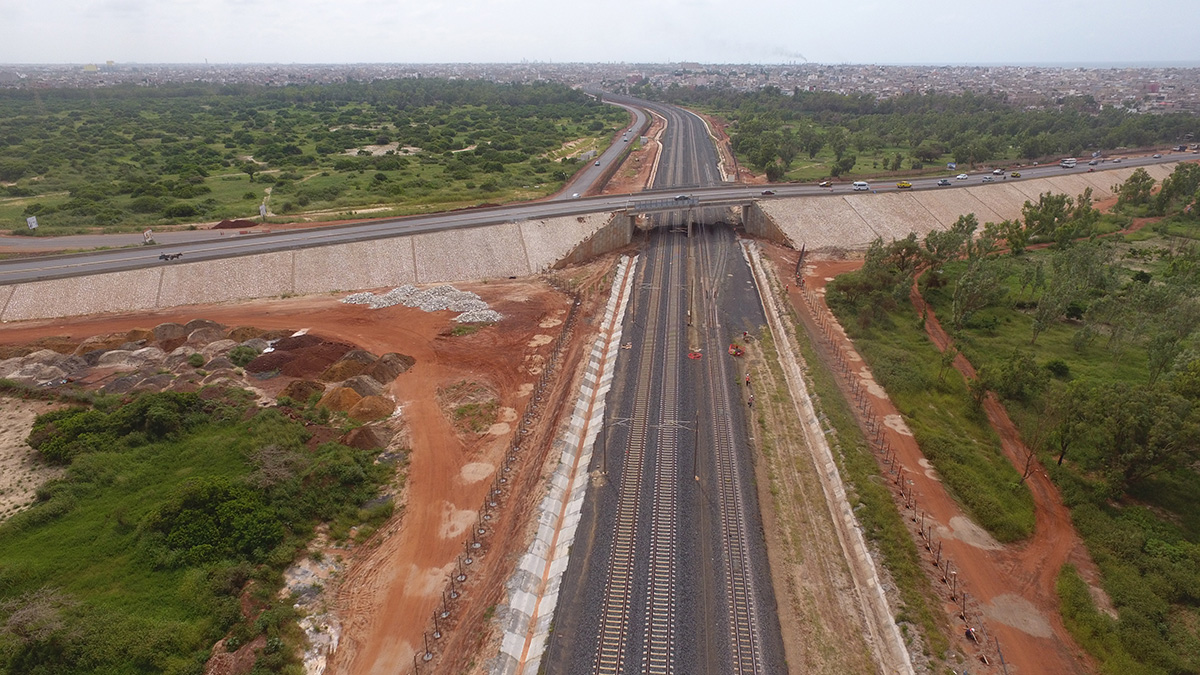 Fourteen stations and 57 kilometres in just 45 minutes, with service every 15 minutes, is the promise of the future regional express rail TER line which will link the Dakar city centre with the new Blaise Diagne International Airport (AIBD) by 2019, expecting to serve about 115,000 passengers per day. The Dakar TER project is divided into two phases. Phase 1 covers the development and widening of the existing infrastructure between Dakar and the Diamniadio station of 36 km length. Phase 2 consists in the construction of a new 19-km-long line between Diamniadio station and the AIBD airport. Terre Armée France signed up to the project in 2017. Client Eiffage trusted TAF with taking charge of the study, design, supply, technical assistance and formwork provision for 12 Reinforced Earth® access ramps. In total, 17,000 m² of access ramps were built, all made from 3 X 1.5 metre rectangular TerraPlus® panels and GeoStrap®5 reinforcements. Kick-started in 2016, this project is part of the “Emerging Senegal plan” launched by the President of the Republic and the Senegalese government in 2014 for the economic and social development of the country. The aim is to relieve congestion in Dakar, a conurbation of almost three million people facing traffic issues due to daily traffic jams.

The advantages of the Reinforced Earth® products lie in the cost and the time of realization. The construction manuals established by Terre Armée are very well done. The relationships with the Terre Armée team are very good and the dialogue is easy both with the sales team and the technical team; we can just pick up the phone and easily join the right person. We are very satisfied and so is our client, which really is our highest reward.

The highlights of our collaboration with Terre Armée India were their quick decision-making ability, the presence of a competent technical team ensuring proper project management, and the frequent site visits of the design team. They are serious about their work and have regards towards their client.

We are very satisfied with the work Reinforced Earth Company Ltd. – Canada has provided. They add value through their many years of experience and were able to provide comments, recommendations, supporting documents, and general correspondence to assist us with technical discussions with the owner and their representatives. RECo employees are very knowledgeable and quick thinkers. They are very professional on and off site and go above and beyond their contractual obligations to keep the project moving forward.