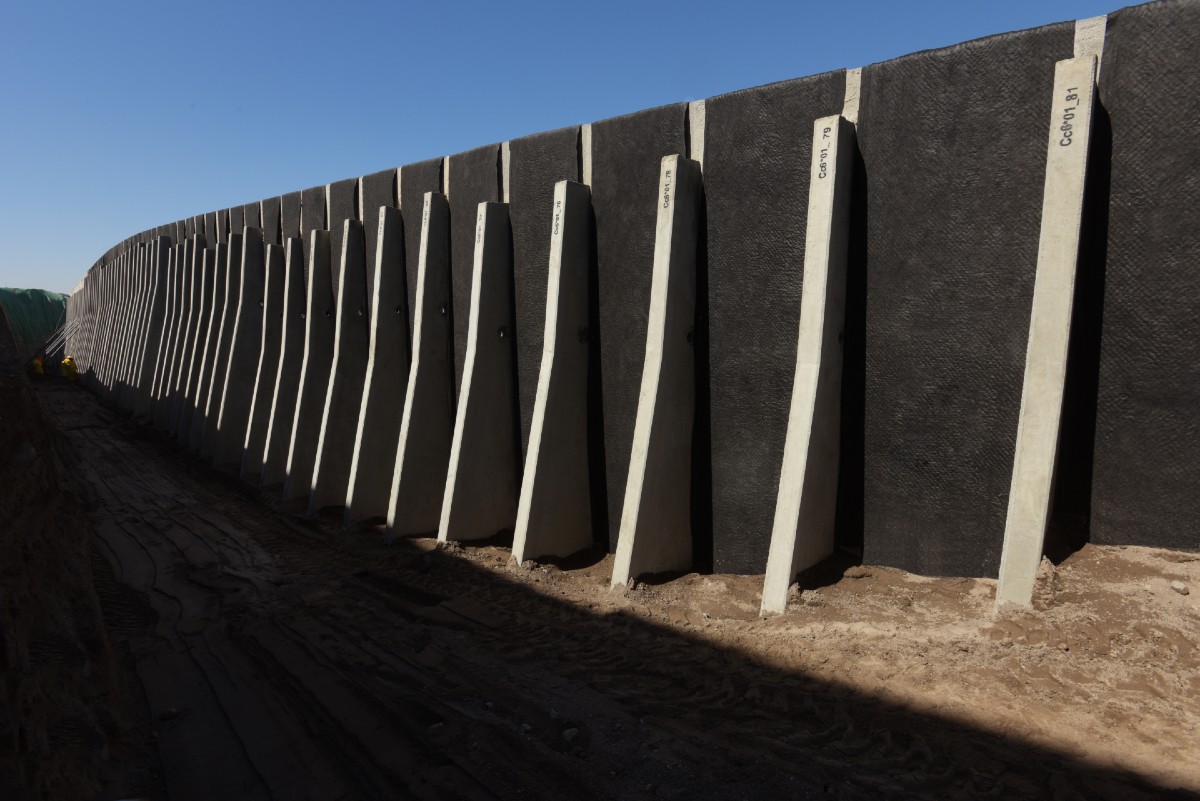 Consisting of a two-lane low-level route for heavy vehicles plus two surface-level connector roads for urban traffic, the Uchumayo Motorway project was initially designed to be built with conventional reinforced concrete walls. By proposing an alternative solution based on the use of TechWall® prefabricated walls with counterforts, Tierra Armada Peru generated both time and budget savings, since the cost of the reinforced concrete walls had considerable impact on the overall project.

The project was divided into three phases. The entire three-phase project involves the installation of more than 45,000 m2 of walls. To date, sections I and III have been completed for a total of nearly 20,000 m2 of TechWall® walls, with the remaining section II scheduled for completion during 2018.

For this task Tierra Armada made use of a prefabrication plant located in Arequipa less than 5 kilometres from the project site. The plant was fitted out with the work trains required to maintain output in accordance with the project requirements.

Arequipa is Peru’s second-largest city with a population of approximately 1.3 million. The new Variante de Uchumayo Motorway, main access road into Arequipa, is being constructed by the Arequipa Regional Government to address the long-standing traffic jams that drivers face when entering the city.