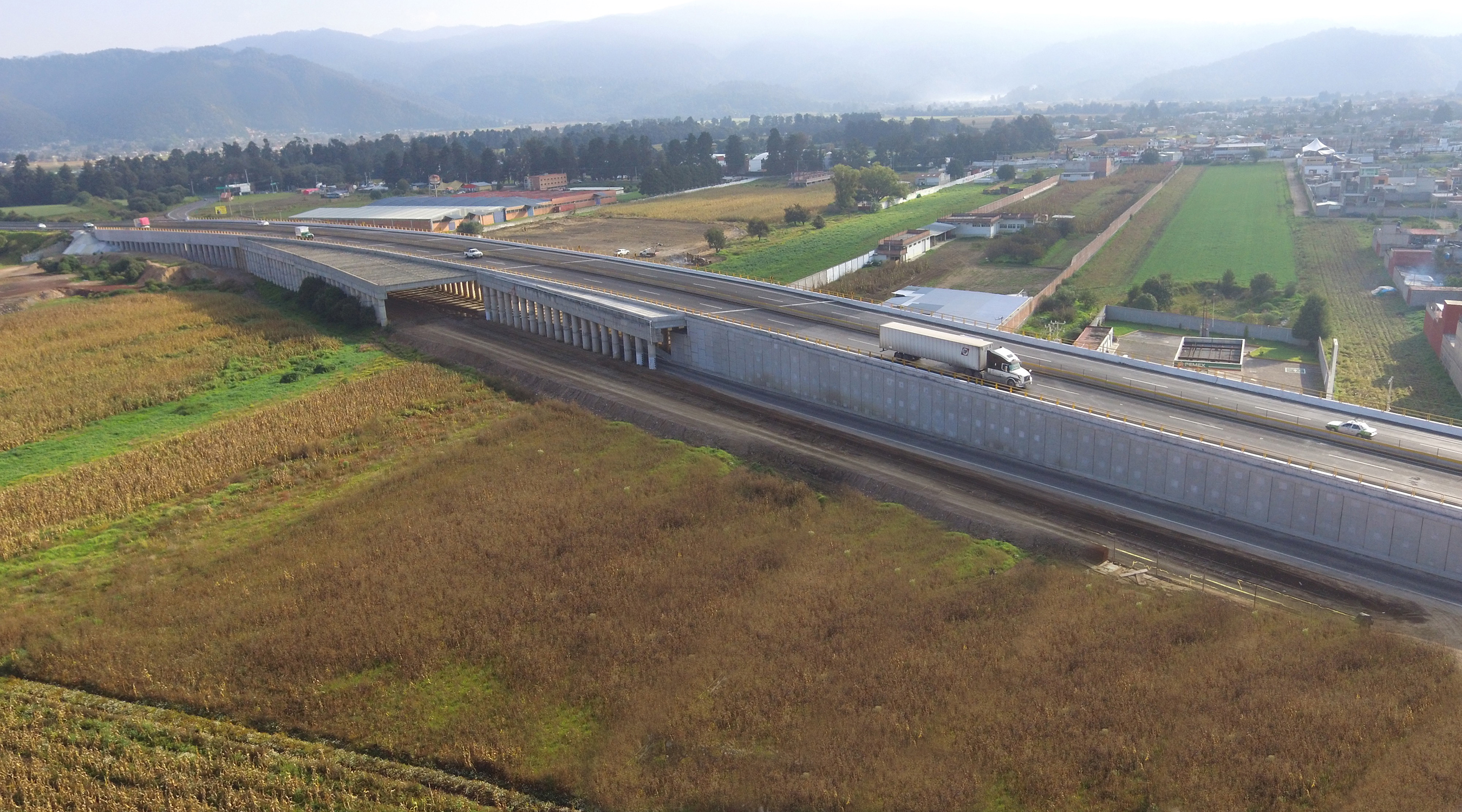 A powerful earthquake hitting 7.1 on the Richter scale rocked Mexico City and the surrounding area on September 19th, 2017.

The devastation was spread throughout Mexico’s capital. Thousands of buildings collapsed or were significantly damaged and several vital infrastructures, such as roads and bridges, were affected. The Amecameca Bridge on the Mexico – Cuautla Highway was one of them, presenting a structural failure provoking the collapse of the embankments.

The large-scale rehabilitation project included the dismantling of the wall on the north access and rapidly starting the reconstruction of the bridge and its substructure and superstructure. The scope consisted of 73 in-situ reinforced concrete piles and columns, 73 concrete pier caps, 125 AASHTO IV precast beams, 1008 m3 of reinforced concrete deck (Freyssinet) and mixed abutments with retaining walls using 820 m2 of reinforced earth precast concrete panels (Reinforced Earth).

Additionally, the south access ramp to the vehicular bridge was reinforced with precast panels, a solution that consists of 1880 m2 of full-height precast concrete panels, up to 8.5 m high (Reinforced Earth).

The advantages of precast systems such as panels, beams, and reinforced earth walls became clear in the rehabilitation of this vital infrastructure which had to reopen to traffic in only nine months’ time: Minimize construction time while guaranteeing the longevity of the structure.