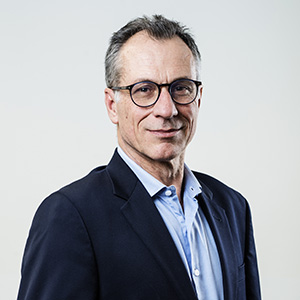 Vincent joined Terre Armée in 2017, in a context of major development challenges and with the goal to accelerate innovation and diversification.

A graduate of the École Polytechnique, the École Nationale des Ponts et Chaussées, and Stanford, he began his career in 1989, as a Project Finance Engineer at Fluor Daniel, in the United States.

He joined the Suez Group in 1995, and was successively appointed Regional Director then Industry Director of the Degrémont company, and finally Director of Ondeo Industrial Solutions for France, Italy, Spain and the Benelux. In 2003, he became head of the Socotec Industries subsidiary. Then, in 2009, he was appointed executive chairman of the Socotec group, which he would manage until 2016.